There is now a rt.com/uk article about this blog here.

The issue of fake solicitors has been in the news recently and as a result the Treasury Select Committee on Banking wrote to various banks asking for clarification of their practices. In their reply to the TSC HSBC stated:

The letter to the TSC from Mr Keir of HSBC appended a letter from DG Solicitors dated March 2011 stating that the “firm” were regulated by the SRA.

However, following an enquiry concerning their status to the Solicitors Regulation Authority (SRA) in 2011 Arthur Shuter received the following response, dated June 2011:

In further follow up correspondence the SRA wrote this to Mr Shuter, expressing concern that DG were stating that they were regulated by the SRA on the letterhead:

DG Solicitors were not a firm. They were not regulated by the Law Society/SRA as as firm of solicitors. I know this for a fact because over the last few years I have regularly consulted the Law Society website to check and they have never been listed as a firm.  So it would appear, that besides committing Contempt of Parliament the bank also committed fraud by misrepresentation by claiming they were regulated by the SRA. This apparently is what the SRA had on it’s website about them: The fact that they are all listed as employees means that DG were not a firm regulated by the SRA, otherwise the titles would be “partner”, “associate” etc. They were in-house lawyers for HSBC.

Here is letter from DG Solicitors dated 2009 which does not say they are regulated by the SRA – because they weren’t. If you are regulated you have to state by law that that is the case. If you are not regulated and you claim that you are, that is an offence. 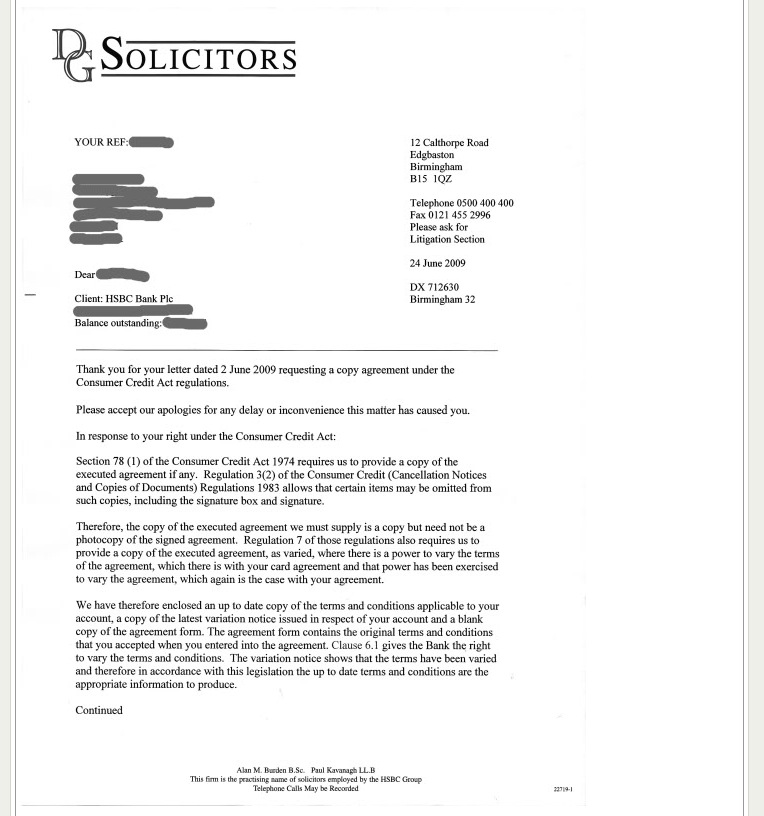